Will Grofic: Why Write Poetry?

“I see no reason to spend your life writing poems unless your goal is to write great poems.” 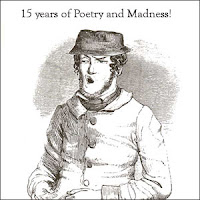 To refuel my creative drive, I read Donald Hall’s “Poetry and Ambition” essay. It’s basically a go for broke or go home message to poets, which I agree with in spirit. It can be hard (read: depressing) to look at every one of my poems and put it up against Ozymandias or Lycidias, but Hall does make a good point that….why not? It’s a little naïve in that, what poet is striving for mediocrity?

In a discussion with some of the Writer’s Center staff today, we were talking about manuscripts, and one person said some of your best poems are the one’s you would never think of, which goes along with Hall alluding to Keat’s tombstone:

[Keats] convinced that his name was ‘writ in water.’ But he was mistaken, he was mistaken. … If I praise the ambition that drove Keats, I do not mean to suggest that it will ever be rewarded. We never know the value of our own work, and everything reasonable leads us to doubt it: for we can be certain that few contemporaries will be read in a hundred years. To desire to write poems that endure—we undertake such a goal certain of two things: that in all likelihood we will fail, and that if we succeed we will never know it.”

Geez, a little depressing. But how to write good poems, there’s the rub.

After reading Malcolm Gladwell’s latest article in New York, I think that being a good teacher can be like being a good poet. It’s about letting the ideas and words take on their own meaning, engaging with the words, not coercing them to fit your own structure. The greats of the past were iambic rhymes that had to be constrained to a certain poetic barb-wired fence, but nowdays, the best advice I receive from my professors is that of allowing the poem to become its own entity.

Hall describes this as “a stage where the poem is altered for its own sake, to make it better art, not for the sake of its maker’s feelings but because decent art is the goal. Then the poem lives at some distance from its creator’s little daily emotions; it can take on its own character in the mysterious place of satisfying shapes and shapely utterance. The poem freed from its precarious utility as ego’s appendage may possibly fly into the sky and become a star permanent in the night air.”

Gladwell parallels this type of embracing the poem with a teacher who seamlessly interacts with students. In my metaphor, consider the teacher as the poet, the students the poem (its ideas, word choice, all of that jazz). In talking about a videotape of a great teacher, Gladwell writes:

“Pianta’s team has developed a system for evaluating various competencies relating to student-teacher interaction. Among them is “regard for student perspective”; that is, a teacher’s knack for allowing students some flexibility in how they become engaged in the classroom. Pianta stopped and rewound the tape twice, until what the teacher had managed to achieve became plain: the children were active, but somehow the class hadn’t become a free-for-all.

A perfect creation of a poem: to not let the poem become a free-for-all, but still be active and learning from it.

Will Grofic is the Publications Intern for The Carousel and in the M.F.A program at Bennington.