Whether you’re headed to the beach, escaping to somewhere cooler, or taking a staycation at home, nothing says summer like relaxing with a good book. The only thing worse than this unbearable heat? Not knowing what to read! We at The Writer’s Center hear you, and so we’ve put together a list of our favorite books written by friends of the center.  Sit back, grab a cold drink of choice, and get ready to enjoy one (or all) of the books from our curated list. 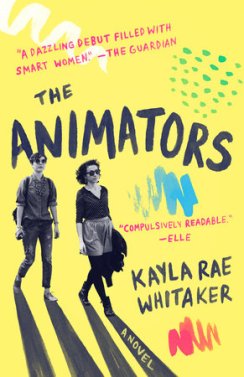 The Animators by Kayla Rae Whitaker

Kayla Rae Whitaker’s debut novel The Animators is worthy of its many accolades, including The Writer’s Center First Novel Prize. It was named one of the best books of the year by Entertainment Weekly, NPR, Kirkus Review, and BookPage. The Animators tells the story of two friends– Mel Vaught and Sharon Kisses– who instantly bond during the first week of college despite their vastly different personalities. They begin working together on a feature length animated film, the results of which lead to new tensions and challenges in their friendship. This funny yet heartbreaking novel deals with how creativity and artistic expression can allow us to understand our pasts and move toward the future.

A Virginia resident, Angie Kim has taken multiple classes at The Writer’s Center. Her first novel, Miracle Creek, is an engrossing and well-thought-out story about the hidden thoughts and secrets behind each character and the responsibility we must take for our actions. Set in Miracle Creek, Virginia, the novel begins with an explosion of an experimental medical chamber, killing two people. The tragedy at the beginning of the novel quickly turns into a courtroom drama where friends and family members begin to doubt each other, unsure of who is guilty as more and more secrets are revealed.

Tonic and Balm by Stephanie Allen

Stephanie Allen read at our recent The Writer’s Center Live event. Her short story collection, A Place Between Stations, was a finalist for the AWP Award Series in Short Fiction and the Hurston-Wright Legacy Award in Debut Fiction. Her recent novel, Tonic and Balm, is set in 1919 and follows the traveling Doc Bell’s Miracles and Mirth Medicine Show. Featuring dancers, singers, sword-swallowers, and every other type of act imaginable, Tonic and Balm looks behind the curtain to examine the struggles of each of the performers as they travel through rural, poverty-stricken Pennsylvania.

How to Sit by Tyrese Coleman

Another featured writer at our The Writer’s Center Live event, Tyrese Coleman is an accomplished new voice in fiction. How to Sit is her first collection of stories and essays, and was nominated for a PEN Open Book Award. Her essays have been published widely, and her work has nominated for a Pushcart Prize. How to Sit is a personal collection of writing that reveals the regrets and triumphs of her past through a series of essays and stories.

Midnight at the Organporium by Tara Campbell

A long-time friend of The Writer’s Center, Tara Campbell has received multiple awards from the DC Commission on the Arts and Humanities for her work including the 2016 Larry Neal Writers’ Award in Adult Fiction, the 2016 Mayor’s Arts Award for Outstanding New Artist, and Arts and Humanities Fellowships for 2018 and 2019. She appears frequently at local readings and has served as a judge and teacher a The Writer’s Center. Midnight at the Organporium is a collection of 12 short stories that showcase Campbell’s love of the magical and surreal.

More of a poetry fan? You may prefer Meteor by C.M. Mayo. which won the Givel Press Poetry award. Mayo has a masterful command of language, which she uses to discuss everything from UFOs to hippopotami, while also illuminating the mundane. In addition to her poetry, Mayo also writes literary fiction and nonfiction and has published in both English and Spanish. 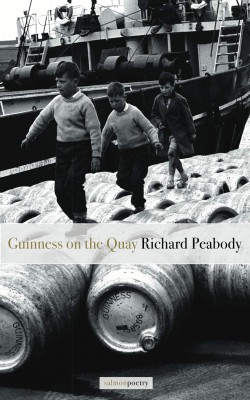 Guinness on the Quay by Richard Peabody

Richard Peabody is a native of the Washington DC area and has taught several workshops at The Writer’s Center. His fiction and poetry often feature the DC area. Guinness on the Quay is his most recent poetry collection, published in 2019. M.L. Liebler, author of I Want to Be Once and editor of Heaven was Detroit writes “Richard Peabody is amongst the finest poets to so astutely captures the heart and soul of the American spirit in there original poems.” Taking inspiration from everything from romantic poetry to the Jimmy Hendrix, Peabody is able to capture the American experience in his poems.