The Long View: Giving Novels the Time They Need

Students are frequently more interested in polishing their query letters than in perfecting their manuscripts. That’s a common thread I’ve observed in the many workshops that I’ve run at The Writer’s Center. I’ve heard many a student express the hope that even though the book is not yet the best possible version of itself, an agent or editor will recognize its potential. Perhaps they will even sit by the author’s side and serve tea while they revise. 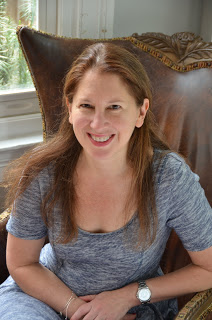 Writers are always in a rush to publish—I get it. I, too, am always itching to send off my not-quite-ready manuscripts. The tension between taking the time to write the best book I can and wanting to get it out into the world right away, is part of what keeps my fire burning.

Last year’s Novel Year class—an intensive workshop in which ten novelists spend the year writing and revising their work-in-progress—aimed to take the long view, to slow down and give the novel time to breathe. Sometimes the novel is not ready for publication, and sometimes the world is not yet ready for the novel. Accordingly, I brought in three guest speakers whose work took years to find publishers, and yet who each ultimately had great success:

Julie Langsdorf
In 2008 I ran a workshop at The Writer’s Center called Intro to the Novel. In walked Julie, who could have been teaching the class herself. The novel she had already largely completed was terrific, and I had little to offer her by way of advice other than to encourage her to find an agent. She did, rather easily, but the book failed to sell. The timing might have been off—at the center of her book are affluent suburban neighbors feuding over a behemoth home development project. Her novel was being shopped to publishers just as the housing market began to crash. She thought, “Well, okay, the huge house concept is dead now. I guess I missed the boat.”

Julie put the novel in the proverbial drawer and moved on to other pursuits, but every once in a while she would pull it up, revise it, and put it away again. Last fall she decided to send it back out into the world. The agent who offered to represent her sent the book out on a Friday and by the following week she was fielding calls from editors. The novel, White Elephant, will be published next spring by Ecco.

J.H. Diehl
A middle grade author and Chevy Chase resident, Jean describes her book journey as more odyssey than cruise. She had an agent offer representation for the novel in late 2012, and the manuscript generated a flurry of interest. She was asked to revise for two major publishers, but when the second one still wasn’t satisfied with her second round of revisions for them, she and her agent pulled the book and started searching for a publisher all over again. In June 2016 she received an offer from Chronicle Books, with what she describes as “the kind of over-the-top enthusiastic letter from the editor that every writer dreams of getting.” The book is calledTiny Infinities, and Diehl’s protagonist, Alice, has the charming quirk of mentally categorizing life events. Tiny Infinities was picked as a Fall 2018 Junior Library Guild Selection almost as soon as it appeared in printed galleys. Alice would surely file this one under, “all you need is to find the right editor.”

Paul Goldberg
When I first met Paul some six years ago, he told me that although he had successfully published three books of non-fiction, he’d been unable to sell any of the three novels he had written over the last decade. I took a look at his dusty manuscripts and zeroed in on one that seemed to me particularly smart. He made a round of revisions, gave it a new title, and his agent agreed to send it back out. Many of the editors who had initially rejected it were by now long gone, and it went back out to several of the same imprints. was published by Picador in 2016 to wide acclaim and was a finalist for two prizes.

Why did this one succeed the second time around? Perhaps the manuscript needed some sharpening, or maybe the provocative new title cast it in a new light, or maybe it was just a matter of serendipity. (Also full disclosure, Paul and I are now married.)

The drive to put your work out into the world is healthy, and I’m not suggesting anyone stop trying. It’s good to keep pushing forward—it’s also good to step back. I happen to believe that there is a nugget of truth in clichés about waiting and that sometimes good things happen later in life.

Susan Coll is the author of five novels, most recently The Stager—a New York Times and Chicago Tribune Editor’s Choice. Her other books include Acceptance—which was made into a television movie starring Joan Cusack—Beach Week, Rockville Pike, and karlmarx.com. Her work has appeared in publications including The New York Times, Washington Post, NPR.org, atlantic.com, and The Millions. She worked as the Events and Programs Director at Politics &amp; Prose Bookstore for five years.