To celebrate the Fall/Winter 2017 issue of Poet Lore, available to order from The Writer’s Center e-store, the Poet Lore editorial staff is spotlighting the work of contributors. This installment is one in a series of Q&As with contributors, conducted by Managing Editor Sarah Katz. 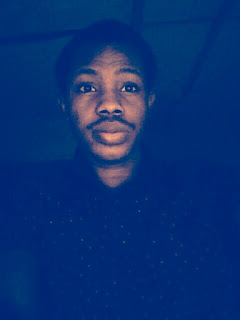 The sea is History.

The refrain of this water says something
is imminent, says loss is upon us.

Bordered by kelp—brown murals supple as wool—
and a cloud of winged witnesses,
our boat is somewhere in the middle of the Mediterranean,
miles from the coast near Tobruk
in Libya, where we camped ’til the smugglers
and the sea spoke of fidelity.

It was a soft, fluid tune:
the tender draw of water, a rare liquid craft—
the sea keen, humming its promise of calm,
urging us to draw closer, to unlearn
all we thought we knew about the posture of water.

There are dismembered boat parts, whole dinghies too,
shooting out from somewhere beneath this expanse, yielding us
to catalogues of told and untold mishaps,
the sea’s unfulfilled promises to those who had knocked
on its door, those who sought to know its ways:

the Nigerian boy, wan as the fruit of wilt, comforting his sister
after they lost their mother miles away from Sabratha,
and those with whom we’d camped on the coast,
the ones who drowned overnight
some hundred miles south of the island of Lampedusa.

What binds us now is a known fear,
a kinship of likely loss, the understanding that we, too,
could become a band of unnamed migrants
found floating on the face of the sea

or spit ashore by wave upon wave
on a beach west of Tripoli.

Sarah Katz: “Seafarers,” a poem of seven stanzas—each between two to seven lines—tells the story of a deadly sea from the perspective of unnamed “seafarers.”

The opening stanza, made up of just two lines, reads, “The refrain of the water says something / is imminent, says loss is upon us,” which sets the tone for the poem as one about loss, “urging us to draw closer, to unlearn / all we thought we knew about the posture of water.” By the poem’s end, a few of the sea’s many “told and untold mishaps” are revealed—including the story of “the Nigerian boy” and “his sister,” grieving the loss of their mother to the sea “miles away from Sabratha,” and “those with whom we’d camped on the coast, / the ones who drowned overnight / some hundred miles south of the island of Lampedusa.”

As I read this poem, I couldn’t help noticing a movement between telling the specific story of the speaker (“Our boat is somewhere in the middle of the Mediterranean”) and a more generalized story of the sea (“There are dismembered boat parts, whole dinghies too, / shooting out from somewhere beneath this expanse”). The poem then ends on a note that could be generalized to include not only the “known fear” of the Nigerian boy and his sister, but also everyone and anyone (“What binds us now is a known fear…”). On the other hand—and this is an aside—those final lines (“or spit ashore by wave upon wave / on a beach west of Tripoli”) deeply resonate with me in light of recent events—they remind me of that devastating image of the three-year-old Syrian boy, Alan Kurdi, who drowned in the Mediterranean Sea in September 2015.

Because of this movement between the specific stories of loss and the sea as a universal symbol of danger, I have the impression that your intention is to have readers to think of themselves, too, as seafarers vulnerable to the whims of the sea. Was this a conscious choice? If so, why did you decide to write the poem in this way?

Intimating an introspection was not a conscious choice, neither did I set out to be preachy. Although I am not/wasn’t unaware of the power and light of poetry, its capacity to give shape to our shared humanity, and its ability to go into spaces where quotidian discourse cannot. In retrospect, writing the poem the way I did, ending it with those lines too, was inevitable.

I had intended the poem to be a meditation on loss and the liminal weight of leaving, but that quest was short-lived. I failed. I soon became aware of my presence at the boundaries of something elusive. I knew I lacked the precision of language and experience required to move over. It was like being asked to collect songs from a dark century.

All I could afford was empathy. To occupy that position of a witness, albeit through the eyes of the media, with utmost faithfulness. To record my observations as effectively and as accurately as possible. I can only hope I tried, knowing that the unity of reality, perception, and what gets to be written is almost unachievable.

Adopting the narrative voice, simulating a real life by putting myself on a boat, was the closest I could get to unpacking the angst of those seafarers. The Mediterranean is a territory of grief.

’GBENGA ADEOBA’s work has appeared or is forthcoming in Notre Dame Review, Harpur Palate, Pleiades, Hotel Amerika, Salamander Magazine, and elsewhere. He was short-listed for the 2016 Erbacce Prize for Poetry (UK), and has received recognition and support from Callaloo and the Kenyon Review Writers Workshop. He lives in Ilorin, Nigeria.