Meticulous Sounds: TWC instructor Nancy Naomi Carlson on getting started,working with form, and the sound of translation

By Emily Holland, Poet Lore Managing Editor
This interview has been edited for style and clarity 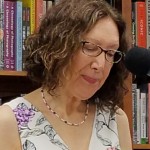 Nancy Naomi Carlson has authored 10 titles (6 translated). An Infusion of Violets (Seagull Books, 2019) was named a “New & Noteworthy” title by the New York Times and reviewed by The Washington Post. She was a finalist for the Best Translated Book Award, and received a literature translation grant from the NEA. Decorated by the French government with the French Academic Palms, her work has appeared in such journals as APR, The Georgia Review, The Paris Review, and Poetry.

Emily Holland: What’s your writing process like? How does it differ between your translation work and your own poems?

N. N. Carlson: I bring up the topic of a writing process with the Getting Started classes I teach at The Writer’s Center and I tell my students that they need to study their own process and what works for them. For me, now that I’ve been writing for all these years, since my first class at The Writer’s Center . . .

I took a class here, now a couple of decades ago to help express my grief over Matthew, my baby who died the day he was born. And for 20 years I carried that around and couldn’t talk about it, couldn’t really move on from there even though by that time I had a wonderful son and an amazing daughter. I read a book called Ended Beginnings and that suggested writing a letter to the deceased, so I wrote a letter and that felt okay, and then it suggested doing something creative with it. My then-husband had taken a class at The Writer’s Center and I thought, “I could do that.” I think it was Gerry Connolly’s class and I remember how after I’d read my poems aloud, she’d comment about how “powerful” mine were. And I thought, “Oh, I’m writing powerful poems.” Just telling me they were powerful was what I needed then.

Here I am now years later, and it’s a juggling act, as you mentioned. There are the poems, the translations of poems, and then there is the novel I cotranslated, and then I started writing personal essays and memoir. What I noticed is that I’ve been very prolific these past few weeks and I think it’s because my husband has been travelling, so I get to see my process. And my process, getting back to your question, is different for each kind of writing but there are similar elements. One is that I have to somehow have a clear enough head to be able to focus on writing. I have to feel like I’m caught up with everything. And then it usually starts when I say “I’m going to start tomorrow,” which never happens, but if you say you’re going to start tomorrow and you start the day before, then it does happen.

I just remind myself that you’ve got to fail a lot before you get to anything. The important thing is no expectations. I revise a lot. I sit there and I look at each line and word and make sure. And then when I think it’s okay, I’ve got a few trusted readers I send it to just to get feedback. With my translations, I kinda almost always know when they’re done. It’s like a villanelle, it just falls into place.

I’m really glad that you brought up the villanelle because there are quite a few in your new book An Infusion of Violets, but they aren’t immediately recognizable as villanelles, which creates an interesting reading experience. Could you talk a bit about how you work with such a strict form and the possibilities that you see by using the form? 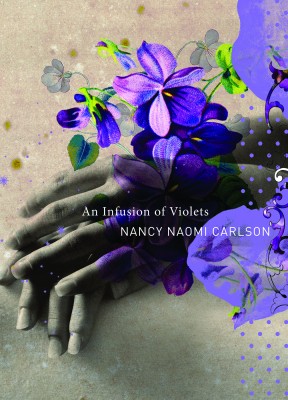 There are a lot of threads that weave the book together, and the villanelles are one of those threads. I am intrigued by the form, and while you have to do a lot of preliminary work, once you determine the parameters of the poem, it almost writes itself. I’ve read some really good ones and they had such a chilling effect at the end and I thought that’s where it is—it has to have a new meaning by the time you read the end of those 19 lines, where the reader is going to go “Oh God, I can’t believe she said that;” where you have no clue in the beginning that this is how those two repeating lines were going to end up close together with a new meaning. That surprise has to look effortless. True confession: I sometimes take many liberties with this form, and I find the rhyme scheme, usually slant rhyme, leads me to “discover” what my poem is really about. So I’m kind of breaking the form a little bit, but also sticking to it.

My villanelles do have 19 lines, they have repeating lines, but I allow myself to vary the repeating lines a bit, too. Maybe you stop it in the middle and then it picks up and starts a different thought that propels you, so you’re not just treading water. I’ll put it out on the paper and I’ll go “Oh look, I only have to come up with another seven lines, anybody can do that!” And that gets me thinking. I never really plot it out from the end to the beginning because I want to see how these lines play with each other. The other important thing about villanelles is that I don’t think that writing form in a vacuum is the best way to approach form—I think the material wants to go in the form, or it should want to go into the form, and it should be somehow related to that form.

The book is also connected by these “Infusion” poems, which appear in every section and they really anchor the narrative track of the book. Everything fits together because there are those threads in the images. It’s almost like when you’re listening to an album and you hear one image in a song and then it turns up in another song, but in a different way. There’s a musicality to your poetry here.

And that musicality is what I strive for in my translations. Maybe I strive for it in my translations because I am a musical poet. I tell people that I came to translation because finally I had everything in place—I was a French major as an undergrad and grad student, and I was a musician. There are many ways one can choose to write, and I wrote with a lot of attention to sounds. Then I started writing poetry. It was only then, when they all met, that I could even consider translation. It feeds on itself—because my translations are so musical, then I feel I have to pay more attention to my poems.

I think the big overarching desire of us with translation is to bring voices to an English-speaking public, voices that no one would ever have access to. I’m looking for things that have something crucial to say that are said in a fresh unique way, that speak to me, that pay attention to craft.