Interview with Ryan Habermeyer, author of The Science of Lost Futures

One of my favorite literary topics to discuss is weird fiction. Why are some writers drawn to the fabulist, the speculative, and the strange? I’m certainly one of those writers myself, and so is Ryan Habermeyer, author of The Science of Lost Futures, which won the BOA Short Fiction Prize and was published earlier in 2018. My own story collection was also published by BOA Editions, so though Ryan and I hadn’t met before this year, we’re literary brothers of a sort. When he’s not writing, Ryan is Assistant Professor at Salisbury University on the nearby Eastern Shore, where his specialties include, among many others, “Monster Studies.” Ryan joins us now at The Writer’s Center blog to answer a few questions about authoring far-fetched fiction, his influences, and the writing life.

ZP: I’m going to start with the big, broad question: why weird stuff? 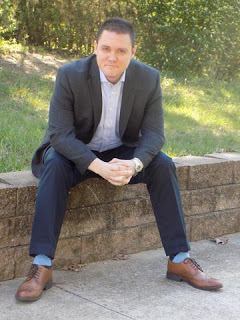 RH: That’s a little like asking why someone is left-handed. I’m not sure we choose our aesthetic obsessions. There’s a mysterious instinct to it, or so I want to believe. Weirdness is something I feel innately drawn to. That’s not a very satisfying answer, though, so I would add that since I was a child I always wanted to be elsewhere. Someplace different. I daydreamed considerably. I found relief in odd things, grotesque things. My friend and I, for example, used to snap Polaroids of road kill and turned it into a photo album. We were very popular with the girls. Somewhere along the way, subconsciously I think, this leaked over into my sensibilities as an artist. I decided the purpose of art—whether it’s literature, music, painting, sculpture, whatever—is to make life strange. Depict real things, familiar things, but strangely. Estrangement. That’s the key. Estrangement pulls us away and brings us closer in the same breath. I love seeing things, reading things, that wrench me out of my routine. You look away but you can’t look away. Isn’t that what literature is supposed to do? Make us uncomfortable while simultaneously desperate to see the object of our discomfort. That’s what weirdness does for me. The weird is the real. Or in the least it’s what lies behind the façade of realism, of normalcy.

ZP: There’s a certain dark logic to fairy-tales, and I think I see that in your writing. Instead of moving forward through cause and effect, I feel your plots are often driven by cause and comeuppance. Many of the stories are about paying a price for actions or desires. Is this something derived from fairy-tales? How does a fairy-tale differ from, say, contemporary realist fiction?

The Science of Lost Futures 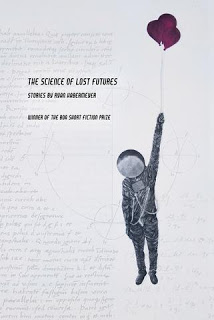 RH: You’re not the first person to point out the lack of cause and effect in my writing. Which is odd because I think of my stories as very much contingent upon cause and effect. What throws people off, I suppose, is that the effects in my stories are quite random, sudden, inexplicable, chaotic, without any correlation to the cause in question. A giant foot washes ashore in town. What do we do? Well, we clean it, of course, and try to assign it an identity, and empathize with it to come closer to this monstrous tragedy. But the one thing that can’t happen in that story (the most natural and normal instinct) is to dispose of it in a biohazardous-friendly manner. You can’t pursue that rational impulse if you’re going to have interesting speculative fiction. Or, in another one of my stories a woman wakes up and discovers her womb has fallen out. Quick—call the doctor? Nope. That story is D.O.A. So you’ve got to pursue a sideways logic. And, yes, you’re absolutely right: such tangential cause/effect relationships are very much a fairy tale motif. It’s the strange logic of fairy tales to defy our rationalist, scientific perspective of cause and effect, which is why I think they’re so lovely. There is a beauty to the randomness of fairy tales, a harmony to their chaos I find satisfying and truthful. With realist stories you’re tethered to existing reality. If you write a story set in, say, Iowa, then you had better depict Iowa flawlessly. Those are the rules. But I think there’s more to learn about life, about ourselves, when we deviate from realism by following that unconventional thread of cause and (illogical) effect. Like going down the rabbit hole.

ZP: What drew you to the fairy-tale form as an influence for your writing?

RH: Well, I’m not a fairy tale revisionist. I’m not Angela Carter (but I love her work!). Fairy tales manifest obliquely in my writing. I’ve always been drawn to the imaginative quality of traditional tales. I love the imagery, the narrative leaps, the grotesqueness, the playfulness of the genre. I love how fairy tales invent reality and make it seem as if what happened was historical fact. And they’re instructive for writers, stylistically. Fairy tales are not all magical indulgence. They teach us something about creative restraint, which I think is incredibly important for those of us who are fabulists. Magic is used sparingly in fairy tales, and often comes with a price so if you use it, beware. Lately, though, I’ve been attracted to the form of fairy tales more than their content. The flatness of characters. Lightness. Brevity. Compression. The elegant simplicity of fairy tale language. Eschewing showing for telling. My current projects try to capture a mood, an ambiance of fairytale-ness. One of my incredible former professors, Kate Bernheimer, talks about these very elements in an essay she wrote: “Fairy Tale is Form, Form is Fairy Tales.” It should be required reading for anyone serious about writing, especially those aspiring to be fabulists.

ZP: What other writers of the weird would you recommend to someone who may not be familiar with speculative literary fiction?

RH: Before I go on endlessly about great weird writers, let me say I benefited considerably from reading realists. Weirdness, fabulism, magical realism, slipstream—whatever you want to call it, is grounded in realism. It’s not a complete abandonment of reality. Writing weird fiction is about inventing reality. Raymond Carver, Alice Munro, Amy Hempel, and Joy Williams are wonderful realists. As far as literary weirdos…there are the obvious choices: Calvino, Borges, Kafka, Marquez. Bruno Schulz is one of my favorite writers ever. On this side of the pond: Aimee Bender, Karen Russell, Kelly Link, Helen Phillips, Kevin Brockmeier and Steven Millhauser do a particular kind of American fabulism. Should I keep going? Read Russians. Nobody does weirdness better than the Russians. Gogol, Bulgakov, Nabokov, Kharms, Krzhizhanovsky, or someone more contemporary like Ludmilla Petrushevskya. She’s amazing. There are times when I lament I am not a Russian—but probably because it is my dream to ride shirtless on a horse reminiscing about my time in the KGB.

ZP: Let’s talk publishing. If I recall correctly, some of the stories in your book are over a decade old. Can you talk about the long haul of writing and compiling a story collection?

RH: I wrote the oldest story in the collection in 2004. So, yeah, it took a while. I’m not bothered by that. Hats off to those people smarter than me that figure it out quicker. To be honest, I’m not sure I could have arrived at the collection sooner. I’m slow. I’m meticulous. I’ll sit on a single word in a sentence for two days before going on to the next one. I want the right words in the right places. It took me a while to find my voice, find my aesthetic comfortability. And then it took a while to puzzle out the collection. Compiling a story collection is a strange beast. You want stories that resonate with each other, build off each other, but also dissonance; stories that feel incongruent, stories that clash thematically or stylistically. It’s all about finding balance. I kept plodding along for years, publishing pieces here and there, waiting for the right combination of stories to manifest. Writing is a long, lonely process. It might take me another decade to get the next book out. So be it.

ZP: What keeps you writing?

RH: Somewhere, I read Toni Morrison said something like this: if there is a book you want to read that has not yet been written you must write that book. That should be motivation for every writer. It’s hard to argue with Toni Morrison.

ZP: What’s one piece of writing advice you’d give to an aspiring author?

RH: Read. You’ve got to be in love with words if you want to be a writer. Otherwise, don’t bother. Read old stuff and read new stuff. And when you read pay attention. Writing fiction is not just about plot and characters. It’s about structure, it’s about form, it’s about style, it’s about voice. Read, because the more you read the more voices you’ll discover and then you’ll borrow and steal from all those writers to create your own voice. So, read voraciously. Oh, and stop writing fan fiction. It doesn’t count. Whoops. That’s two pieces of advice. Feel free to disregard me entirely.