Interview with Philip Dean Walker, author of Read by Strangers

Philip Dean Walker was one of the first writers I met when I moved to this area. A native of Great Falls, Virginia, he received his MFA in Creative Writing from American University and now lives, works, and writes in Washington, DC. His first book, 2016’s At Danceteria and Other Stories, imagines the personal lives of 1980s-era celebrities as the AIDS epidemic simmers in the background. His follow-up story collection, Read by Strangers, was released last month. Phil was gracious enough to answer a few questions about his new work and what it’s like to be a working writer in Washington.

ZP: Your first book focused on a cultural moment, but Read by Strangers covers a lot more ground. What were the advantages and disadvantages of writing thematically linked stories? 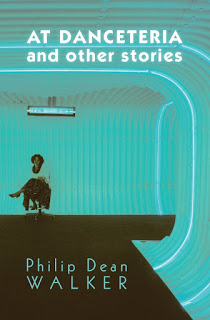 At Danceteria by Philip Dean Walker

PDW: Before my first book was published, I always resisted writing a “linked” short story collection. It seemed like everyone in my MFA program was either writing one of them or working on a novel (which has always seemed equally daunting to me). My stories have always been, like, all over the place and were only ever linked by virtue of the fact that I was the one who wrote them. I never thought I would (or even could) write a linked collection. Then I stumbled upon the first story of At Danceteria and Other Stories. Then I wrote another, then another and another and another and then, all of a sudden, I had a thematically linked collection. So, never say never, I guess! The advantages of writing a linked collection is that you have a kind of blueprint for each new story. I had five elements that each story in Danceteria needed to hit in order to make it into the book so I had a rare road-map by which to travel (you just DO NOT really get those in the world of fiction). One disadvantage would be that lack of free range malleability one has in a collection that is more disparate (like Read by Strangers where I kind of “off-road” quite a bit with stories, characters, form, etc). This disadvantage can easily be made into an advantage though. I think it’s always a good idea to not let the reader get too comfortable. I wrote a story for Danceteria that veers off the path of the other stories, yet is also still of a certain theme (“The Boy Who Lived Next to the Boy Next Door”). It gave me some room to play around within my genre. This sounds super corny, but I love the power of turning a supposed negative into a positive.

ZP: For me, the most striking aspect of your writing is your characters. They come alive on the page in even the simplest of interactions. Why is character so important to you and how do you develop it so well? 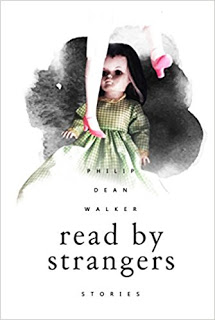 PDW: Thank you for that compliment, Zach. It means a lot to me because I really love character. The only thing I love more in writing is probably the language itself. Characters drive story. When characters do something on the page, they are moving the momentum of the narrative (this seems obvious but it actually needs to be stated outright sometimes). I spend a lot of time with a character before I even put a single word down on the page which might be why they seem more “alive.” I love flawed people mainly because they provide so much material for story. I love to think of the things they would say – dialogue has become really important to me in the past couple of years, it just has to be believable or your reader will check right out. I might have spent too much time worrying about the characters in Read by Strangers and how readers would respond to them. Many of them are, to put it plainly, not good people. Some of them make horrible choices and do bad things. But I don’t think people want to read about nice, boring people doing nothing. If someone walks away remembering a single detail about a character, weeks or even months after reading a story, it’s a success to me. I think one of the most important skills a writer can possess is empathy. A good writer must have it and must be able to summon it to deal with all kinds of characters. I think that’s one of the key ingredients to making them seem real. I mean, who was the last sociopath you know who put out a good novel or short story?

ZP: You also write about place beautifully. How has living in Washington influenced your writing?

PDW: Living in Washington has given me an appreciation for all kinds of people and all kinds of stories. And story can be located anywhere—at a big weekend brunch, at a party, on the other side of town in a neighborhood you’ve always driven past but never ventured into. I was speaking about setting and place with another writer and I told her that setting should never overwhelm a story (unless the setting or place is essentially acting as a character in the story similar to what I do in Strangers’ “Unicorn”). There are a couple stories in my new collection that take place in Washington, DC, or the surrounding environs, but it’s really just lightly suggested. Place is as important to a story as a writer chooses to make it. My stories that take place in Tokyo are very much connected to that setting, so “place” has a more vital function in those pieces.

ZP: Finally, what’s one piece of advice you have for aspiring writers?

PDW: This is a great question, Zach. My biggest piece of advice is this: if you’re afraid of writing it, you must write it. Simple but true.