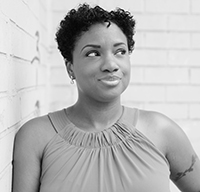 Shanon Lee is a contributor for Forbes and The Lily at The Washington Post. Her bylines include Cosmopolitan, ELLE, Marie Claire, Playboy, Good Housekeeping, Woman’s Day, Redbook, Refinery29, Women’s Health, and Prevention Magazine. In 2018, she was featured in Poets & Writers Magazine for forging an unconventional writing career. Her opinion essays on misogyny and racism are widely circulated and have been shared by notables including bestselling author J.K. Rowling, rap legend MC Lyte and political activist Kevin Powell. Shanon is a Women’s Media Center (WMC) SheSource Expert, a member of the 2019 WMC Progressive Women’s Voices cohort, and an alumna of the Association of Opinion Journalists/Poynter Institute Minority Writers Seminar. She was recently named to The Tempest’s 40 Women To Watch 2019 list. As a commentator, Shanon has appeared on national and international live-stream and network television programs including HuffPost Live, TRT World’s The NewsMakers, TV One’s For My Woman and the REELZ Channel’s Scandal Made Me Famous. More about her at: www.mylove4writing.com.

There were no results found.