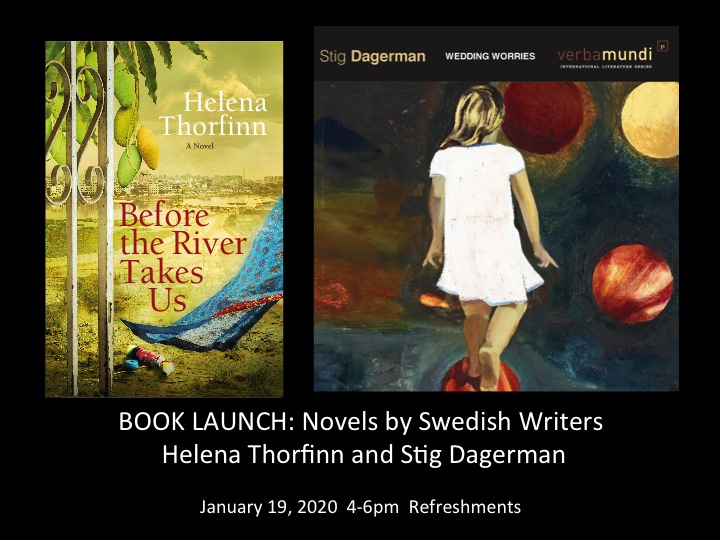 Best-selling author Helena Thorfinn, Before the River Takes Us , and Lo Dagerman, translator and audiobook narrator of Stig Dagerman’s classic Wedding Worries, discuss the two novels with Linda Zachrison, Cultural Counselor at the Embassy of Sweden.

FREE and open to the public. RSVP Below! 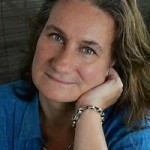 Helena Thorfinn (born 1964) is a Swedish fiction writer who resides in Washington DC. She has a background in journalism and social development, and worked for three years in Bangladesh which inspired Before the River Takes Us. The novel became an immediate Scandinavian best seller, and is now available in English ready to move readers around the world. The story, set in the bustling megacity of Dhaka, explores the underbelly of international development and rapid growth. It offers a snapshot of a world where career diplomats cross paths with impoverished garment workers and shady factory owners. This is a universe where tennis matches, pool parties and terrorism collide with unexpected results. Thorfinn´s writing is full-bodied and effective, leaving the reader with a sense of having walked the streets of Dhaka, both as a privileged westerner and as a young woman from a local village. Helena Thorfinn is currently working on her third novel, set in Myanmar. 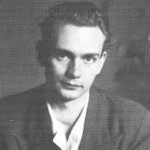 Stig Dagerman (1923-1954) was the literary wunderkind of his generation in Sweden. By the time he was twenty-six he had published German Autumn, a report from his travels in Germany in 1946; a collection of short stories, five full-length plays, numerous essays and poems, as well as four novels—Wedding Worries being his last. Surpassed in Swedish literature perhaps only by August Strindberg in terms of his work’s compressed intensity, Dagerman’s remarkable literary output came to an abrupt end when he committed suicide at the age of thirty-one.

“As I slowly read Wedding Worries, I rediscover what fascinated me in Dagerman…The same fascination I sensed when I first read Ulysses, Light in August…when I felt a towering wave wash over me, carrying all the force that had unleashed it on the other side of the horizon…” —J.M.G. Le Clézio, Nobel Laureate in Literature.

“An imagination that appeals to an unreasonable degree of sympathy is precisely what makes Dagerman’s fiction so evocative. Evocative not, as one would expect, of despair, or bleakness, or existential angst but of compassion, fellow-feeling, even love.” —Alice McDermott, award-winning author. 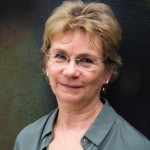 Lo Dagerman is the daughter of Stig Dagerman and actress Anita Björk. Lo and her husband have raised their family in Montgomery County, and for many years Lo was a MCPS school counselor. As the executor of Stig Dagerman’s literary estate and collaborator with American translators and publishers, Lo has brought attention in the United States to her father’s life and body of work. She is the co-author of The Writer and the Refugee, a book about the genesis of Stig’s drama Marty’s Shadow, that was staged off-Broadway in New York in 2017. She is the producer of several short films based on her father’s texts, and most recently wrote and directed the documentary The Making of a Man. Lo narrates the audiobook of Stig Dagerman’s last novel Wedding Worries, long listed for the 2019 Best Translated Book Award.