FREE and open to the public! Optional RSVP below.

Solveig Eggerz, a native of Iceland, is a storyteller, writer, and teacher. Her award-winning novel, SEAL WOMAN, is based on a documented event, the migration of German women to Iceland in 1949 to work on Icelandic farms. Her novel, SIGGA OF REYKJAVIK, published in 2019, features one woman’s struggle to survive abuse on the farm, grinding poverty in Reykjavik, and the arrival of up to 50,000 Allied occupation forces during World War II. Solveig teaches creative writing at The Writer’s Center in Bethesda, MD, and in Northern Virginia jails through the Alexandria-based non-profit Heard that brings art to the underserved. Her essays and stories have appeared in publications such as The Delmarva Review, Palo Alto Review, The Northern Virginia Review. She grew up in four different countries, speaks three languages, and limps along in Italian. She holds a PhD in Comparative Literature from Catholic University. 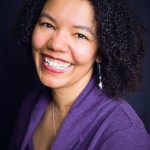 Melanie S. Hatter is the author of two novels and one short story collection. Selected by Edwidge Danticat, MALAWI’S SISTERS won the inaugural Kimbilio National Fiction Prize and is published by Four Way Books, 2019. THE COLOR OF MY SOUL won the 2011 Washington Writers’ Publishing House Fiction Prize, and LET NO ONE WEEP FOR ME, STORIES OF LOVE AND LOSS was released in 2014. Her short stories have appeared in The Whistling Fire, Defying Gravity, TimBookTu, and Diverse Voices Quarterly. She was a runner-up winner in the Fiction category of the 2015 and 2016 Montgomery Writes contests sponsored by the Maryland Writers’ Association. She is a participating author with the PEN/Faulkner Writers in Schools program in Washington, DC, and serves on the board of the Zora Neale Hurston/Richard Wright Foundation. Melanie received a bachelor’s degree in mass media arts from Hampton University and a master’s in writing from Johns Hopkins University. She has a background in journalism and corporate communications. For more information, visit melanieshatter.com. 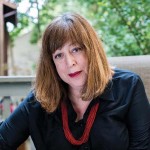 Despite a useless Fine Arts degree, Leslie M. Rollins has spent much of her career in the world of direct marketing and graphic design. Her writing was done on the side, in the car, in bathrooms—yes, no keyboards! With the help of sadistic writers’ groups, she learned to hone her craft. The muse drove her mad. A great procrastinator, yet she completed two novels (so far), GOOD-TIME GIRL and THE MAN DANCE. Rollins has also managed her own business, traveled, and put her big toe on the path to Enlightenment via several Buddhist retreats. She has survived marriage and widowhood, and the loss of some lovely dogs. She currently resides with cats in Virginia. 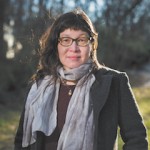 Born in Korea, Alice Stephens was among the first generation of transnational, interracial adoptees. Her work has appeared in Urban Mozaik, Flung, Banana Writers, and the Washington Independent Review of Books, which publishes her monthly column, Alice in Wordland. She lives with her family and dog in the Washington, DC, area. FAMOUS ADOPTED PEOPLE is her debut novel. To learn more, please visit famousadoptedpeople.com.