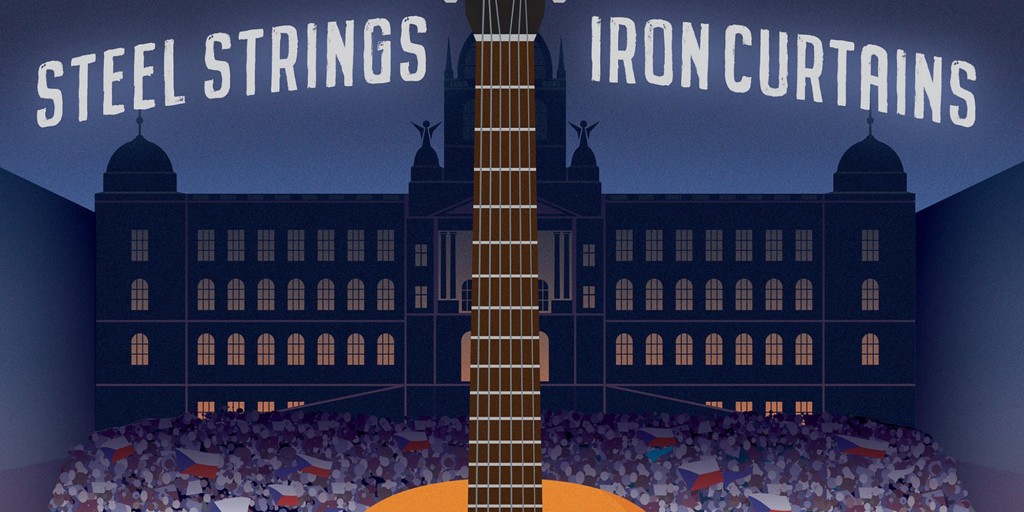 Celebrate the launching of our album Steel Strings and Iron Curtains featuring the songs of Poet-bards from the Czech Rep. sung in English! Steel Strings and Iron Curtains is a special project of Plamen Press—four years in the making and sponsored in part by the Czechoslovak Society of Arts and Sciences, Washington DC. Plamen Press’s mission to bring Central, Eastern, and Southeastern European culture to an English-speaking audience has been expanded to the iconic songwriting and musical stylings of Karel Kryl and Jaromir Nohavica.

In their native Czech Republic, Kryl and Nohavica are known for powerful, politically-minded & existential lyrics that inspired generations living behind the Iron Curtain. And just in time for 30th anniversary of the Velvet Revolution, we wanted to introduce the English-speaking community to Central Europe’s versions of Bob Dylan, Leonard Cohen, Tom Waits, Ray LaMontagne and Elliot Smith. While Plamen Press is striving to present Kryl and Nohavica as literary artists, this project does not marginalize the significance of its music. Quite the opposite. Thanks to all the talented individuals who performed on these recordings, the beauty of Kryl and Nohavica’s songs are infused with elements of Gypsy Jazz played by guitarist Tomas Drgon and violinist Christina Kharazian. In addition, arrangements include traditional Slovakian and Moravian instruments, such as the fujara and the koncovka, masterfully played by Bob Rychlik.

All songs were translated and co-produced by Roman Kostovski of Plamen Press, and sung in English for the first time. We partnered with Sun King Records’ Producer Ian Jones, known for his production of Reggae master Claudius Linton’s album Sign Time, to produce the tracks. In addition to Ian’s talents, we were fortunate to have worked with The Yehla Collective, a truly international and talented group of musicians from the Baltimore/DC area: Anna Connolly (USA), Tomáš Drgoň (Slovakia), Ian Jones (USA), David Keplinger (USA), Christine Kharazian (Armenia), Reggie Love (USA), and Bohuslav Rychlik (Czech Republic).

Read more about the album here »