Join us for a virtual conversation between Judge Russell F. Canan and John DeDakis to celebrate the release of Canan’s new book, Pursuing the Horizon – Stories of Justice.

RSVP below, and you’ll receive an email on or before December 1 with instructions for joining the event via our video conferencing platform, Zoom. FREE and open to the public, all times Eastern.

“Russ Canan’s book is a powerful testament as to . . . how the cause of justice can only be advanced if we love mercy.” –Bryan Stevenson, Equal Justice Initiative

“Russell F. Canan’s powerful and illuminating narrative is a must read for anyone who aspires to pursue justice while seeking to understand the challenges and conditions for achieving it. The book is written with passion and profound moral clarity.” –Greta Van Susteren, journalist and former criminal defense attorney

“In this intelligent and sensitive book Russell Canan does a masterful job providing the details of how and why judicial decisions are made while revealing his life experiences that influence his way of thinking.” –Judge Henry H. Kennedy, Jr. (Ret.)

“Pursuing the Horizon is a fascinating inside look at some of society’s thorniest issues: race, justice, redemption, termination of life support, and, literally life and death in the criminal justice system. How fortunate are the readers that they have a man of consummate civility, morality, heart, and wit with whom to take this remarkable journey.” –Glenn Kirschner, journalist and former federal prosecutor

Pursuing the Horizon – Stories of Justice, is a collection of essays and courtroom stories from an activist, death penalty lawyer, and Washington, D.C. judge struggling to seek justice in all its forms. The book allows the reader to sample some of the most horrifying, perplexing, and important issues in life and the law via suspenseful and riveting stories. 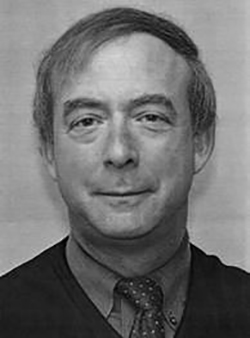 Judge Russell F. Canan practiced criminal defense and civil litigation in the District of Columbia, Maryland, and throughout the South. In 1983, he helped establish the Southern Center for Human Rights in Atlanta, Georgia, where he represented prisoners on death row. Judge Canan was appointed to the Superior Court of the District of Columbia in 1993 by President Bill Clinton. Judge Canan is the former Presiding Judge of the Criminal Division and chaired a committee that studied wrongful convictions and proposed reforms. Judge Canan is a co-editor and co-author of Tough Cases: Judges Tell the Stories of Some of the Hardest Decisions They’ve Ever Made (Canan, Mize, Weisberg)

Novelist and writing coach John DeDakis is a former editor on CNN’s “The Situation Room with Wolf Blitzer.” DeDakis is the author of five mystery-suspense novels. His fourth novel, Bullet in the Chamber, is the winner of Reviewers Choice, Foreword INDIES, and Feathered Quill book awards. In his most recent novel, Fake, protagonist Lark Chadwick is a White House correspondent trying to walk the line between personal feelings and dispassionate objectivity in the era of “fake news” and #MeToo. More about him at: johndedakis.com.