Race Through a Literary Lens

Race Through a Literary Lens

The Writer’s Center presents a symposium addressing the subject of race in literature and popular culture, offering free creative writing workshops followed by a panel discussion. Featured writers include Mariah Barber, Edward Farmer, Vanessa Hua, Shanon Lee, and Ivelisse Rodriguez, moderated by Patrick Corvington, writer and TWC Board Member. The workshops and panel will be held via the video conferencing platform Zoom.

All events are FREE and open to the public. Limited space, registration required.

Please register for ONE workshop below. Workshop registration includes admission to the panel discussion.

Panel registration is included with all workshop registrations. If you would like to register only for the panel, select the “Panel Only Registration” option below. 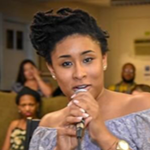 Mariah Barber is the founder of BYDLLC beyond your definition, which promotes stepping outside the box within our personal identities. Her life’s work is dedicated to uplifting marginalized voices through the arts (storytelling, podcasting, performing spoken word, blogging, and much more). As a public health professional and poet she champions the promotion of artivism or art with the purpose of health communication around a myriad of topics ranging from mental health to racial injustice to sexual health. She holds the title of CUPSI college slam poetry invitational 2014 national haiku champion and is currently working on her second book. 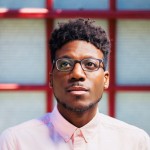 Edward A. Farmer is a native of Memphis, Tennessee, where he journaled and cultivated stories his entire childhood. He is a graduate of Amherst College with a degree in English and psychology, and recipient of the MacArthur-Leithauser Travel Award for creative writing. He currently lives and writes in Pasadena, California. He is the author of the critically acclaimed novel Pale. Learn more at edwardafarmer.com. Get a copy of Pale from Bookshop.org. 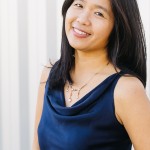 Vanessa Hua is a columnist for the San Francisco Chronicle and the author of the national bestseller, A River of Stars, and Deceit and Other Possibilities. A National Endowment for the Arts Literature Fellow, she has also received a Rona Jaffe Foundation Writers’ Award, the Asian/Pacific American Award for Literature, and a Steinbeck Fellowship in Creative Writing, as well as awards from the Society of Professional Journalists and the Asian American Journalists Association, among others. She has filed stories from China, Burma, South Korea, Panama, and Ecuador, and her work appeared in publications including the New York Times, Washington Post, and The Atlantic. The daughter of Chinese immigrants, she teaches at the Writers Grotto, Warren Wilson MFA Program for Writers, and elsewhere. Get a copy of her story collection Deceit and Other Possibilities and her novel A River of Stars from Bookshop.org. 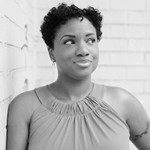 Shanon Lee is a Survivor Activist & Storyteller with features on National Geographic, HuffPost Live, The Wall Street Journal, TV One, and the REELZ Channel’s ‘Scandal Made Me Famous’. She is a Contributor for Forbes and The Lily at The Washington Post. Her work appears in publications including Cosmopolitan, Playboy, Good Housekeeping, ELLE, Marie Claire, Woman’s Day, Women’s Health, and Redbook. Shanon is a Women’s Media Center SheSource Expert, and an official member of the National Speakers Bureau for the National Coalition Against Domestic Violence (NCADV) and the Rape, Abuse & Incest National Network (RAINN). She was recently named one of The Tempest’s 40 Women To Watch 2019.

Ivelisse Rodriguez’s debut short story collection Love War Stories is a 2019 PEN/Faulkner finalist and a 2018 Foreword Reviews INDIES finalist. She has published fiction in the Boston Review, Obsidian, Kweli, the Bilingual Review, Aster(ix), and other publications. She was a senior fiction editor at Kweli and is a Kimbilio fellow and a VONA/Voices alum. She earned an M.F.A. in creative writing from Emerson College and a Ph.D. in English-creative writing from the University of Illinois at Chicago. To learn more about Ivelisse, visit ivelisserodriguez.com. Get a copy of her story collection Love War Stories from Bookshop.org.

Patrick A. Corvington serves on The Writer’s Center Board of Directors. In his day job he is the Executive Director of ConnectED, an organization that insures that all children, particularly low-income children, have access to a high-quality education. Previously, he served in President Obama’s administration as the CEO of the Corporation for National and Community Service (the Federal Agency that administers AmeriCorps and VISTA). Mr. Corvington was also a Senior Vice-President with Habitat for Humanity International. Of Haitian origin, he took particular interest in HFHI’s development efforts, assisting in managing a large-scale housing construction project and over four hundred volunteers who built 250 houses alongside President Carter, in Haiti.

Mr. Corvington received his BA in Sociology from the University of Maryland and earned his MA in Public Policy from Johns Hopkins University where he received the National Minority Leadership Fellowship from the Kellogg Foundation. He also received an honorary doctorate from Hobart and William Smith Colleges, and as a naturalized citizen was most privileged to receive the Outstanding American by Choice Award while serving in President Obama’s administration. Mr. Corvington is fluent in French and French Creole and spent his formative years in The Congo, Uganda, and Morocco.