RSVP required below. FREE and open to the public.

Information about joining this virtual event will be emailed on or before August 1. 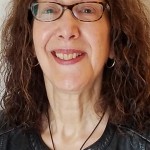 Nancy Naomi Carlson is a poet, translator, essayist, and editor, and has authored 10 titles (6 translated). An Infusion of Violets (Seagull Books, 2019), her second full-length poetry collection, was named a “New & Noteworthy” title by the New York Times, and reviewed by the Washington Post. Her translations have been finalists for both the Best Translated Book Award and the CLMP Firecracker Poetry award, and she has received two literature translation grants from the NEA. Decorated by the French government with the French Academic Palms, her work has appeared in such journals as APR, The Georgia Review, The Paris Review, and Poetry. www.nancynaomicarlson.com. 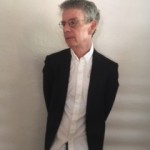 Daniel Lawless’s book, The Gun My Sister Killed Herself With, was published by  Salmon Poetry in 2018, reviewed in Harvard Review, The Asheville Review, and elsewhere.  Recent poems appear in The Common, FIELD, Ploughshares, Prairie Schooner, and other journals. Poems forthcoming in upstreet, The American Journal of Poetry, Two Horatio. He is a 2018-2019 recipient of a Shifting Foundation grant and the founder and editor of Plume: A Journal of Contemporary Poetry, Plume Editions, andthe annual Plume Poetry anthologies. 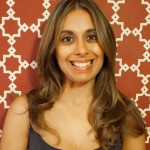 Leeya Mehta is a prize-winning poet and short story writer. Her column The Company We Keep runs in The Independent. Mehta grew up in Bombay and was a Radhakrishnan Scholar at Oxford University. She lives in Washington where she works in international development. Her new collection of poems A Story of the World Before the Fence is available for pre-order. You can find her latest work at leeyamehta.com 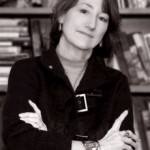 Nancy Mitchell is a Pushcart Prize winner and the author of three volumes of poetry, The Near Surround, Grief Hut, and The Out-of-Body Shop. Her poems have appeared in or are forthcoming in Agni, Green Mountains Review, Thrush and Washington Review among others. With Danny Lawless she co-edited Plume Interviews I. She teaches at Salisbury University in Maryland in the CELL program and serves as Associate Editor of Special Features for Plume.  She is the Poet Laureate of Salisbury Maryland. 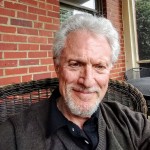 As a former Executive Director of The Writer’s Center in Bethesda, Maryland, Stewart Moss helped establish creative writing programs for adult immigrants, and members of the military being treated for neurological and psychological trauma. Prior to that, he worked as an educator and fundraiser in educational institutions around the country. He has taught literature and creative writing in both the USA and abroad; Scotland, Greece, Zimbabwe, Afghanistan, and Nepal are among the countries in which he has lived and worked. Moss has essays included in Retire the Colors: Veterans & Civilians on Iraq & Afghanistan, ed. Dario DiBattista (Hudson Whitman/Excelsior College Press, 2016) and Plume Literary Journal, and poetry in Plume, Goss183, and Origins Literary Review. He has also been featured in “The Poet and the Poem” podcasts at The Library of Congress.  He was educated at Union College (NY) and Harvard University. A native of Boston, MA he resides in Annapolis, MD. 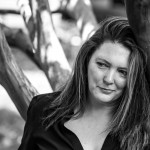 Amanda Newell is the author of the chapbook, Fractured Light (Broadkill Press). Her work has appeared or is forthcoming in Bellevue Literary Review, Cultural Weekly, Gargoyle, RHINO Poetry, Scoundrel Time, and elsewhere. She is Director of Litigation for a Washington, D.C. area law firm and teaches English part-time at Frostburg State University. She holds an MFA in poetry from Warren Wilson College. 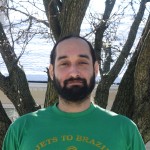 John A. Nieves has poems forthcoming or recently published in journals such as: North American Review, Crazyhorse,Southern Review, Colorado Review and Massachusetts Review. He won the Indiana Review Poetry Contest and his first book, Curio, won the Elixir Press Annual Poetry Award Judge’s Prize. He is associate professor of English at Salisbury University and an editor of The Shore Poetry. He received his M.A. from University of South Florida and his Ph.D. from the University of Missouri.