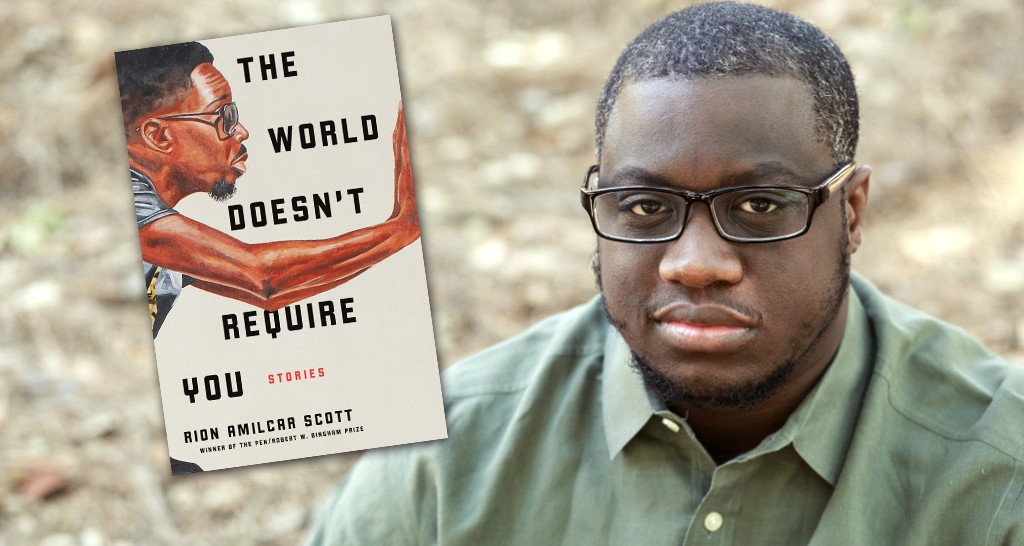 Pop open your favorite craft beer and join us for a FREE VIDEO CHAT about the craft of writing!

We’re joined by award-winning author Rion Amilcar Scott (The World Doesn’t Require You) to talk about rhythm in prose, world building, and whatever else pops up. Rion will be in conversation with Zach Powers, author of First Cosmic Velocity and Director of Communications at The Writer’s Center.

FREE and open to the public. Limited space.

RSVP below, and you’ll receive an email on April 2 with instructions for joining the chat via our video conferencing platform, Zoom.

This event is presented in partnership with Old Town Books. We encourage you to order one of Rion’s books, or whatever your next read might be, from Old Town to support local booksellers during the COVID-19 lock-down. Shipping available! Order now »

Rion Amilcar Scott’s work has been published in journals such as The Kenyon Review, Crab Orchard Review, PANK, The Rumpus, Fiction International, The Washington City Paper, among others. A story of his earned a place on the Wigleaf Top 50 (very short) Fictions of 2016 and 2013 lists, and one of his essays was listed as a notable in Best American Essays 2015. He was raised in Silver Spring, Maryland and earned an MFA from George Mason University where he won both the Mary Roberts Rinehart award and a Completion Fellowship. He is a Kimbilio fellow. His short story collection, INSURRECTIONS (University Press of Kentucky) was published in August 2016 and won the PEN American Robert W. Bingham Award for Debut Fiction and was chosen for The Rumpus’s Book Club. His latest acclaimed collection, THE WORLD DOESN’T REQUIRE YOU, was published in August 2019. Presently, he teaches English at Bowie State University.