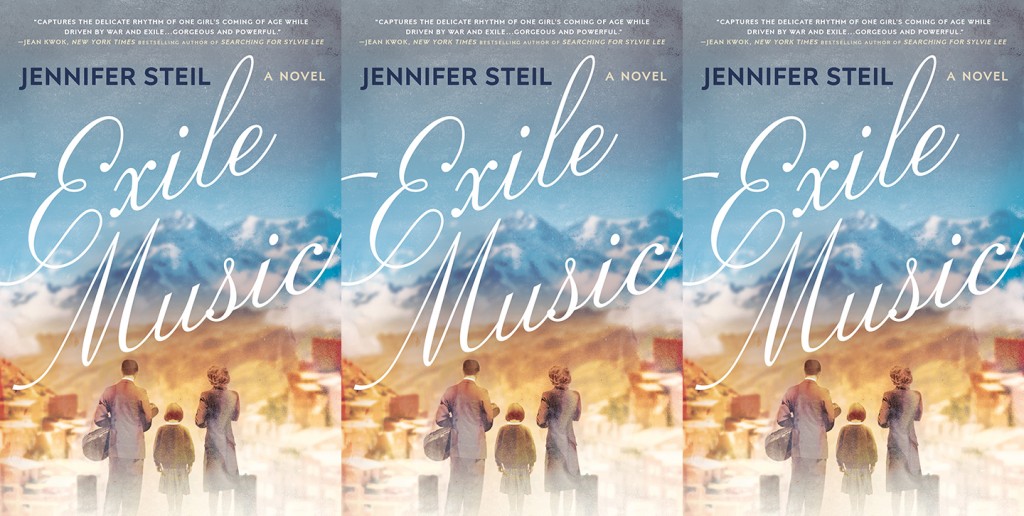 We’re joined by novelist Jennifer Steil (EXILE MUSIC, THE AMBASSADOR’S WIFE) to talk about historical fiction, sustaining a busy writer’s life, and whatever else pops up. Jennifer will be in conversation with Amy Freeman, author, essayist, and Development Director at The Writer’s Center.

RSVP below, and you’ll receive an email on or before May 28 with instructions for joining the chat via our video conferencing platform, Zoom.

We encourage you to order a copy of the book, or whatever your next read might be, from out friends at Bridge Street Books to support local booksellers during the lockdown. Shipping available! Order now »

Jennifer Steil is an award-winning author and journalist who lives in many countries (currently Uzbekistan). Her third book, the novel Exile Music, is forthcoming from Viking on May 5, 2020. It follows the lives of a family of Austrian Jewish musicians who seek refuge from the Nazis in Bolivia in 1938.

Her novel The Ambassador’s Wife, published by Doubleday in 2015, won the 2013 William Faulkner-William Wisdom Creative Writing Competition Best Novel award and the 2016 Phillip McMath Post Publication Book Award. The novel, which explores white savior complex, freedom of expression, art, terrorism, and parenthood, was shortlisted for both the Bisexual Book Award and the Lascaux Novel Award, and has received considerable critical acclaim, notably in the Seattle Times, Publishers Weekly, Booklist, and The New York Times Book Review. It has been published in several other languages, including Italian, Bulgarian, Greek, and Polish. The Mark Gordon Company optioned the film rights to The Ambassador’s Wife, with plans to create a television miniseries starring Oscar-winner Anne Hathaway. Jennifer’s first book, The Woman Who Fell From the Sky (Broadway Books, 2010), a memoir about her tenure as editor of the Yemen Observer newspaper in Sana’a, received praise from The New York Times, Newsweek, and the Sydney Morning Herald. The Minneapolis Star-Tribune chose it as one of their best travel books of the year in 2010, and Elle magazine awarded it their Readers’ Prize. National Geographic Traveler included the book in their 2014 recommended reading list. It has been published in Australia, New Zealand, Germany, the Netherlands, Italy, Turkey, and Poland. A bisexual writer who has lived in Arabia and South America for nearly a decade, she is interested in transcultural issues, freedom of expression, and human rights.