Join Alan Squire Publishing as we celebrate the release of three new books by Joanna Biggar, Reuben Jackson, and Linda Watanabe McFerrin. Readings, remarks, and party to follow. FREE and open the public. 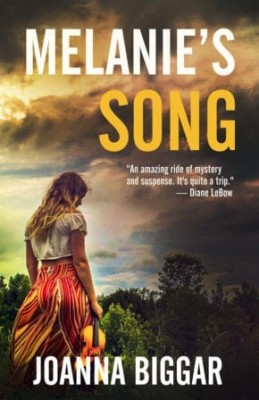 MELANIE’S SONG by Joanna Biggar (Alan Squire Publishing, October 2019) follows five young women from California who once shared their junior year together in Paris. While abroad, they formed a network of friendships they believed would last all their lives. Twelve years later, when one goes missing, it falls to the instigator of the Paris trip, J.J., now a journalist, to uncover the fate of the missing Melanie Hart. J.J.’s journey takes the reader into a world of off-the-grid radical activists and bad cops, as well as the Hart family’s own carefully constructed version of events. Played out against a background of Vietnam War protests, the Watergate Break-in, and Richard Nixon’s eventual resignation, Melanie’s Song is particularly relevant today, when the country is once again seething with political and social tension.

SCATTERED CLOUDS: New & Selected Poems by Reuben Jackson (Alan Squire Publishing, October 2019) is a volume of lyrical, emotionally forthright meditations on love, loss, and longing. The volume contains the complete text of the author’s award-winning first collection, fingering the keys; his nationally lauded poem, “For Trayvon Martin”; and his suite of ruminations on a long-time and deeply missed friend, the late barbershop owner Amir Yasin, and his widow Khadijah Rollins. These poems, exploring Amir’s late-life romance with Kadijah, became a national internet sensation. An introduction by poet Abdul Ali places Jackson in his rightful context as a Black American poetry elder, who has influenced generations of younger poets with his musical wisdom as well as his poetry. Ali is a Cave Canem alumni and the author of the poetry collection, TROUBLE SLEEPING. 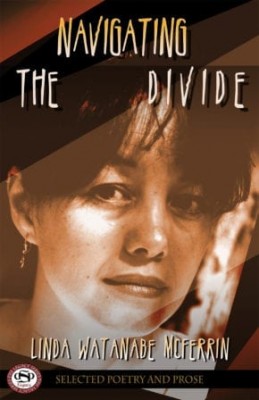 NAVIGATING THE DIVIDE: Selected Poetry & Prose by Linda Watanabe McFerrin (Alan Squire Publishing, October 2019) is a career-spanning, multi-genre collection from the award-winning indie lit legend, Linda Watanabe McFerrin. In poetry and prose that is sometimes profoundly personal, sometimes astoundingly surreal, this world traveler and devoted literary explorer breaks down walls, bridges, cultures, and genres. This rich, multi-faceted collection really does “navigate the divide” – between spiritual and physical, between thought and desire, between identity and others. NAVIGATING THE DIVIDE is the third volume in ASP’s Legacy Series. This series is devoted to career-spanning collections from writers who meet the following three criteria: The majority of their books have been published by independent presses; they are active in more than one literary genre; and they are consistent and influential champions of the work of other writers, whether through publishing, reviewing, teaching, mentoring, or some combination of these.