FREE and open to the public. Please register below and you’ll receive login information via email on or before the date of the event.

Nancy Naomi Carlson is a poet, translator, essayist, and editor, and has authored 10 titles (6 translated). An Infusion of Violets (Seagull Books, 2019), her second full-length poetry collection, was named a “New & Noteworthy” title by the New York Times, and reviewed by the Washington Post. Her translations have been finalists for both the Best Translated Book Award and the CLMP Firecracker Poetry award, and she has received two literature translation grants from the NEA. Decorated by the French government with the French Academic Palms, her work has appeared in such journals as APR, The Georgia Review, The Paris Review, and Poetry. She is a professor of graduate school counseling at Walden University. www.nancynaomicarlson.com.

Lola Haskins‘ poetry has appeared in The Atlantic, The Christian Science Monitor, The London Review of Books, Georgia Review, Southern Review, Prairie Schooner, and elsewhere. Her thirteenth collection of poems is Asylum: Improvisations on John Clare (University of Pittsburgh Press, 2019). The collection previous to that was How Small, Confronting Morning (Jacar, 2016), set in the woods and waters of inland Florida. Her prose work includes an illustrated book of fables about women, a guide to the poetic life, and a book of true stories from Florida cemeteries. She serves as Honorary Chancellor of the Florida State Poets Association. Other strokes of luck include the Iowa Poetry Prize, two NEAs, two Florida Book Awards, the Florida’s Eden prize for environmental writing, and the Emily Dickinson prize from Poetry Society of America. Visit her at lolahaskins.com.

Susan Sonde is an award winning poet and short story writer. Her debut collection In the Longboats with Others won the Capricorn Book Award and was published by New Rivers Press. The Arsonist, her fifth collection was released in 2019 from Main Street Rag. Her sixth collection, Evenings at the Table of an Intoxicant was a finalist in the New Rivers New Voices 2019 contest. The Last Insomniac, a chapbook, now working its way to a full collection, was a 2019 finalist in The James Tate Award. Grants and awards include, a National Endowment Award in poetry; grants in fiction and poetry from The Maryland State Arts Council; The Gordon Barber Memorial Award from The Poetry Society of America. Her collection The Chalk Line was a finalist in The National Poetry Series. Individual poems have appeared in Barrow Street, The North American Review, The Southern Humanities Review, The Mississippi Review, American Letters and Commentary, Bomb, New Letters, Southern Poetry Review, and many others. 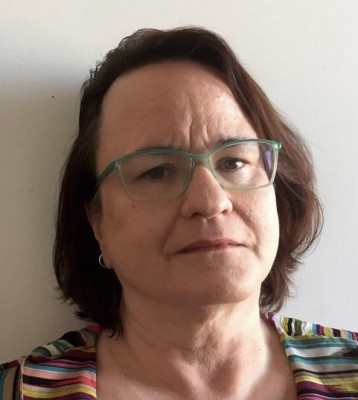 Pamela Murray Winters is the author of The Unbeckonable Bird, a poetry collection published by FutureCycle Press in 2018. She has an MFA in poetry from Vermont College of Fine Arts. She is at work on a second full-length collection of poems and a few chapbooks. Pam lives in Maryland with her husband and a small menagerie.