My Path to Publishing

Before he had four children, it was my father’s dream to be a musician. As I teenager, I found myself to be a willing protégé, studying piano and voice with an eye toward a career in an opera somewhere. I recall the dread I felt standing next to the grand piano (always standing), minding the breath in my diaphragm, singing in French or Italian, doing something that I just didn’t love. 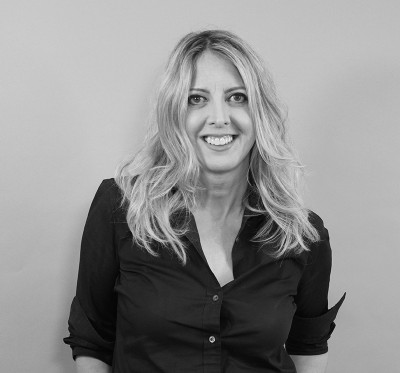 I entered college with the idea that I’d be a music major. It was my first writing class—a simple composition class and not even an advance one—that helped me finally find my voice. I switched my major immediately to writing, graduating with a BA then an MA in the subject. At various points in my life, my writing would ebb and flow. I got married, then divorced, switched jobs, got promoted. It seemed like something else was always coming first. After graduate school, the whole workshopping thing had left me with a thick skin, but also a little paralyzed from overanalyzing my short stories. Feeling like I couldn’t hear my own voice anymore, I took a year off, making a list of books that I’d long been wanting to read. Turns out that was a smart thing. Reading novels made me want to write them.

My first attempt at writing a novel, though, was nothing short of a disaster. I wrote and re-wrote the first 50-pages (to be precise, it was 47 pages), agonizing over POV, openings, even character names. Around this point in my life, I turned forty. I’d had enough of failed starts, so I got very “real” about my goals and entered NaNoWriMo, completing the required 50k words to earn my badge. I kept adding to the manuscript until it was full-length, but then I wasn’t prepared to structure the 268- page shapeless manuscript now sitting in front of me.

After assembling what I thought was a good polished draft, I took an online writing course where a literary agent critiqued both your pitch and your first 10-pages. My online class featured the Sandra Dijkstra Agency and paired me with Roz Foster. Roz and I clicked instantly and began corresponding for four months on improving the draft. By this time, I’d been pitching to other agents and had gotten some interest from a few, but felt that Roz understood my writing better. When things got serious with another agent, I let her know that I was anticipating getting an offer and she made me an offer of representation. After having worked with her for months already, I felt she knew the manuscript well and we had a great rapport. 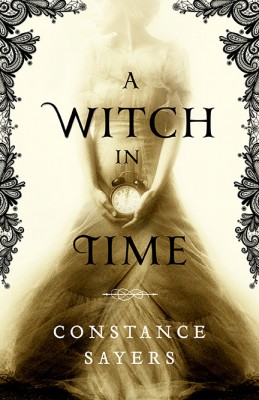 Once Roz started pitching the book, she ran into a lot of the same rejections that I had encountered while finding an agent. The book had been in the market for a month when Roz called to tell me she was pulling it. We could have gone on to smaller presses, but she didn’t think that was our best path. Hearing this news, I was completely devastated. I don’t think enough writers talk about first books that fail to sell, but I know that it’s quite common. At the time, Roz told me that my career was more than onebook. She’d seen an early draft of a second novel that I’d been working on (A Witch in Time) and encouraged me to focus on that novel instead.

That is not what I did. That first book had taken years to finish, so I found that I needed time to mourn it. I did some soul searching for about six months. After having spent more than five years working on this book, I felt like a failure. What I didn’t know then, was that my agent had done me a favor by pulling a book that just wasn’t good enough. What my first novel did was help me find my agent, someone who had a much better vision of my long-term career than I could see. Roz remains the most pivotal relationship for me in the publishing industry. There is also nothing that gets you over the “preciousness” of your first book than writing a second one.

Yet, there were so many points through this journey, where it would have been easier to do something else. I had a fantastic day job that I was passionate about and kept me quite busy. But I refused to give up the dream that I had something to say and that it could only be said in a novel. Determined to finish the second book, I had a timeline in my head and stuck to it, even when it meant I sat home every weekend and wrote. When I was in first draft mode, I wrote 1,000 words a day, faithfully. Those were ugly times for me. I wrestled with demons that nothing would materialize on the page. I wrote on airplanes, in hotel rooms, various Starbucks around the DC-metro area, the Kennedy Center.

A Witch in Time really came together quickly—I wrote the first draft in five months. Because the writing process this time had been so much easier, I was worried that the book wasn’t good, but when I sent out a draft to my faithful group of first readers, they said they couldn’t put it down.

In an interesting note of serendipity, in the fall of 2017, I was at the Slice Literary Writers’ Conference in Brooklyn. Although she’d been my agent for more than a year, Roz and I had never met in person and we had scheduled lunch. While she wasn’t sure she would be able to get to the draft in time for lunch, to my surprise she’d read the draft of A Witch in Time and loved it. About an hour after this meeting, I happened to stop at the Barnes and Noble in Boerum Hills. Displayed on the front table was a new release from Louisa Morgan titled The Secret History of Witches. Holding the book in my hands, I realized that this was my dream. Buoyed by our great meeting, I immediately sent Roz an email that I thought Redhook might be the perfect publisher for this book. One year later, Redhook is exactly where A Witch in Time found its home.

On a final note and this is by no means a plug. Without The Writer’s Center, none of this would have happened for me. If the kind folks in the office would look up my student history, they’d find that I enrolled in ten or more classes over the years. My journey to publishing was not an overnight success story, but it was The Writer’s Center community that encouraged me, pushed me and consoled me throughout this process. The instructors helped me make sense of manuscripts but also emails from prospective agents. It was support that never stopped. Even as I look at my hardcover book jacket today, there is a cover blurb from writer Alma Katsu. She has become a wonderful mentor to me. Where did I meet her? She spoke at a panel in one of the early novel workshops at The Writer’s Center.

Constance Sayers’ debut novel, A Witch in Time, is available now. She’s on Instagram and Twitter @constancesayers and constancesayers.com