Behind the Scenes with Michael Kinghorn 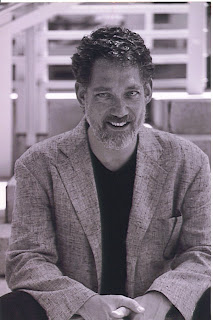 Michael Kinghorn has spent the bulk of his thirty-year career writing, directing, and developing new plays. He has led the literary departments of three major regional theaters: The Guthrie Theater in Minneapolis, The Alliance Theater in Atlanta and Arena Stage in Washington, D.C, where he served as script consultant on dozens of new plays by distinguished and emerging playwrights.

He will lead the workshop “Acting For Playwrights” on April 1st,at The Writer’s Center here in Bethesda. Acting for Playwrights is a sampler for writers interested in acting. The Carousel editor, Abdul Ali, caught-up with Michael Kinghorn via email about the upcoming workshop.

How will “Acting for Playwrights” benefit playwrights or those writers who have yet to experiment with acting?

Playwrights and writers will leave the workshop with a concrete experience of several techniques we use for training actors. In short, I will give participants an opportunity to “sense” how actors learn to approach their craft–from impulse to action.

You’ve worked in professional theater for over 30 years. In your experience, what is the single most important characteristic for a successful actor and playwright to have?

I would say that the single most important characteristic for an actor or playwright to have is a curious and open mind. This allows one to see past one’s own assumptions while developing a set of artistic values.

What specifically can participants expect when they take your course?

Participants can expect to be engaged in a series of exercises and improvisations that will allow them to glimpse the world of acting from an intuitive and non-intellectual perspective, yet in a safe, creative environment.

Will you be in attendance at our Open House on March 14 12 noon?

I can’t commit to the open house event at this time, but I will try to make it after checking schedule and other commitments.