It’s the beginning of summer at Coney Island in the 1950s: the rides are whirring and cranking, kids are screaming and laughing, the smells of Nathan’s Famous hot dogs and sea water hang in the air. In The Coney Island Book of the Dead, the 2017 winner of the McLaughlin-Esstman-Stearns First Novel Prize, Sheila Martin draws from her own memories to create the character of Brooklyn, a spunky 11-year-old who goes on a magical chase to find a mysterious blues singer who may or may not be real. Brooklyn narrates the story with a voice that conveys both innocence and eloquence as she deals with her abusive aunt, her missing cousin, and the old woman who rents the upstairs room in the house she shares with her mentally ill mother. To add to the magic, each chapter includes a painting done by Sheila herself, who is originally a painter and only recently has begun to write. Her debut novel is a triumph; it’s beautifully strange, vivacious, whimsical, and a bit dark. We spoke to Sheila about her prize-winning novel, her art, and her influencers. 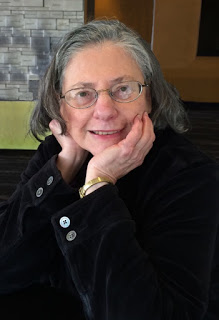 TWC: What was your inspiration for the book? Did the idea come all at once, or did it develop as you wrote?

SM: It came mostly from growing up in Coney Island and the many oddball people I knew back then, and to a lesser degree from living in Memphis for the past twenty-six years. The idea developed slowly after I did a number of paintings inspired by Coney Island. It occurred to me to write down a few of my memories. I think a lot of people start writing this way, though they usually go on to write memoirs. After a while I thought maybe I could turn it into something publishable, so I turned to fiction.

TWC: When did you first realize you wanted to be a writer?

SM: I’ve always been a visual artist and as a kid I had a knack for story-telling. When I was in the second grade I wrote a fictionalized memoir with scary pictures. In my working life I used to be a graphic designer before I took very early retirement so I could paint full-time (thanks to my husband Jim). I was also inspired by a talk by Allen Ginsberg in 1993. Shortly after that I started writing
down my memories and eventually the Coney Island stories, which was the first fiction I ever wrote. That’s when I got hooked.

TWC: How do your art and writing influence one another?

SM: As for painting, not much. Some of the paintings are intentional illustrations, like the one of Mississippi, but most of them are visions inspired by Coney Island. But there’s another connection— writing is a graphic experience for me. I print out sections to see how the words look on paper, then edit from that. It’s very important that they look right.

TWC: Did you weave any of your own personality into your characters?

SM: I drew on memories, sure, but Brooklyn is probably smarter and spunkier than I was. I really was fascinated by the music bar on the boardwalk, but I never could sing and I never had a dog.

SM: There weren’t any. I rewrote them all more times than I can remember and every time was fascinating. A couple of scenes felt cathartic—Brooklyn singing in chapter 19 and the musical duel.

TWC: Growing up did you have authors that influenced you? 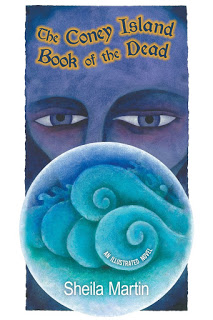 SM: When I was very young I had a book called The Little Golden Book of Verse. It had “The Swing” in it by Robert Louis Stevenson. I’ve tried to find that book online, but can’t. I think I could still draw some of the illustrations from memory. I also loved “The Rime of the Ancient Mariner” by Samuel Taylor Coleridge. I even memorized part of it when I was a child.

In writing this novel, I was influenced by To Kill a Mockingbird by Harper Lee. In general, I’m influenced by many modern writers such as Francine Prose, T.C. Boyle, Alison Lurie, George Saunders, Jennifer Egan, and Mary Karr.

TWC: What advice would you give first-time authors?

SM: If they are young—in high school— I’d recommend they major in creative writing in college, if for no other reason than they would at least have a few years to write before they have to get a job. I’m probably saying this because I had such a blast in art school. If they’re starting late in life, like I did, I’m not sure. When I started writing at about age fifty, I realized there was a lot I didn’t know, but I had no idea how much. I read books on writing and a lot of fiction. Then, when I had a big, messy, overwritten body of work full of purple prose I engaged master fiction editor, Renni Browne, coauthor of the classic Self-Editing for Fiction Writers to help me work it into something readable. I was thrilled when she agreed to take it on. I learned a tremendous amount from her. I never took a writing class (which doesn’t mean you shouldn’t). I got most of my writing education from Renni. I highly recommend her book.

TWC: What’s next for you? What are you working on now?

SM: I’d been writing and painting for The Coney Island Book of the Dead for about twenty years. I wrote reams and reams of subplots with major characters that didn’t make it into the final version. I was sad when it was finally done, so I wrote another novel, The Time Artist. I’ve been trying to get an agent to represent it and have had some close calls. I was also inspired to write fourteen short and flash fiction stories right after I finished The Time Artist, and have been sending them and novel excerpts to journals.

I know it’s off topic, but I want to say what a thrill it’s been to win the McLaughlin-Esstman-Stearns First Novel Prize. I’ve never won anything before. I didn’t even tell anyone except my husband for three days in case it wasn’t really true. I want to especially thank Grace Mott and everyone
at The Writer’s Center for all their support.

About the First Novel Prize

Each year, The Writer’s Center awards $1,000 to the author of an exceptional first novel published in the previous calendar year. Conceived and funded by former board member Neal P. Gillen, the McLaughlin-Esstman- Stearns First Novel Prize honors the late Ann McLaughlin, along with dedicated writers and members of The Writer’s Center faculty Barbara Esstman and Lynn Stearns. Books are judged on a number of criteria, including but not limited to quality and originality of character, setting, plot, and language.

Sheila’s prints can be purchased on her website, sheilapmartin.com. You can purchase your copy of The Coney Island Book of the Dead on Amazon.